The Story of GRIP: How to build a compelling product in a People-First startup and get funded by your users 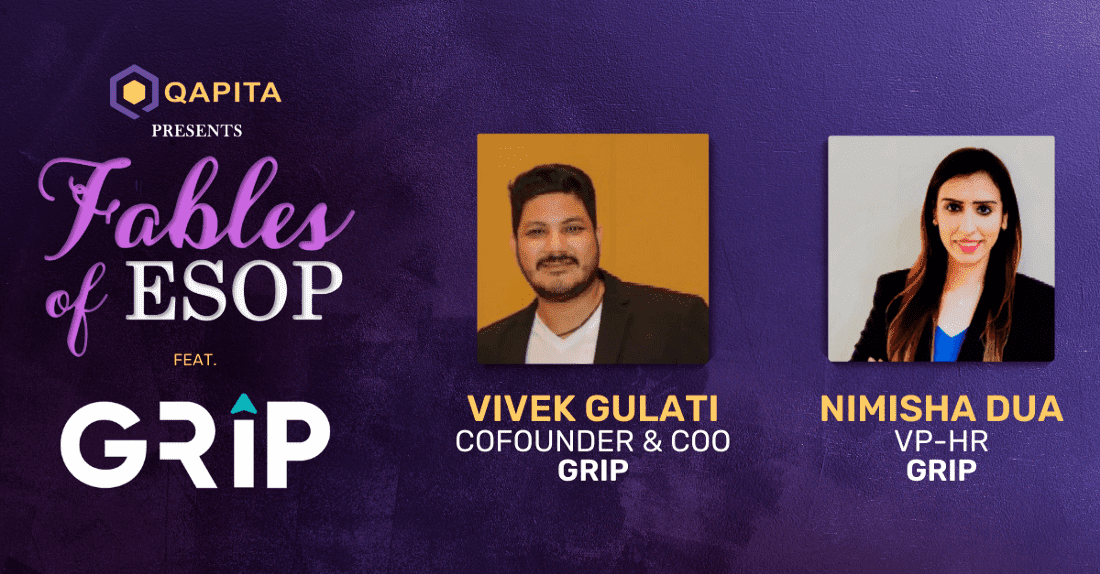 In this edition of Fables Of ESOP, we speak with the team from GRIP — Vivek Gulati, Co-founder and COO; Nimisha Dua VP-HR at GRIP. I really enjoyed this free-wheeling conversation where they talk about GRIP’s genesis and hyper-growth journey, their user’s trust in the product and their ability to raise money from them, GRIP’s people philosophy and ESOP policies.

Towards the end, they also shared a few words of wisdom for their fellow operators from the startup ecosystem. Do read and listen in. The full video is here:

Coming to GRIPs with the Idea!

Vivek Gulati met his co-founders Nikhil Aggarwal and Aashish Jindal while they worked for the same company at a point of time. All the salaried employees, soon to be co-founders, saw capital coming into bank account but struggled with finding avenues to invest. They realised that Retail investors, who do not have an HNI status have very few options to invest in, like, the not very high yielding but secure FDs & RDs or highly volatile mutual funds & equity market. While the HNI investors enjoyed multiple sources of capital generation and investments, there was a need of an alternative investment class, which can cater to the retailers’ demand and that’s how GRIP came into existence.

On the other side of the equation, start-ups are in constant need of capital, especially to fund their assets, and when capital is invested in assets, the capital is parked with a physical, visible instrument which is less risky and less volatile than the equity market but little higher yielding than the FDs. It is this middle layer of investment and returns that Grip targets. Other than the existing products like Lease financing and Inventory financing, GRIP is getting into multiple alternative asset classes with the goal to reach out to as many retails investors as they can and help them build wealth via diversifying their wealth into alternative investments. And at the same time give valuable cash flows to Start-ups and organizations on those assets.

You must have heard of ESPP — Ever heard of USPP?

When I joked that GRIP has pioneered a new phenomenon — USPP, i.e. User Stock Purchase Program, Vivek explains the reason behind GRIP’s decision to raise capital from their own users.

GRIP witnessed an exceptional growth in the last 18–20 months, for a company that was born during the pandemic. While on one end their users have been continuously growing, on the other end GRIP is able to approach more companies to deploy their assets. Grip stands at 193 Crores in total disbursement as of February 2022 and is positive to cross 200 crores soon — a journey, that GRIP believes would not have been possible without the users putting in trust with GRIP. More than 15% of GRIP’s users are repeating their investments on a monthly basis since a long time, and GRIP believes such trust needs to be rewarded and be made part of the company’s journey. GRIP raised about $1 million from their users, and now few of GRIP’s users are stakeholders in the company.

Nimisha adds that the users themselves initiated such an idea, they were so happy using the product that they volunteered to invest and become part of the company.

Now isn’t this product-market fit at a different level, where your market is also demanding a skin-in-the-game because they so truly believe in the product. Kudos to team GRIP 

Building a GRIPPING experience for their people: People First Approach & Rewarding them Generously

Nimisha explains how GRIP has been prioritizing their employees with their People First culture. Unlike most organisation who start with product, then profit and then people, GRIP has a philosophy of people first. GRIP believes that when people are happy and engaged, they will put in efforts to build great products. Nimisha says, in today’s age, where information is so freely available, where everybody can copy the technology and business model, the true source of competitive edge are the people. If a company has the right people onboard, if they are culturally aligned, they are happy with what they are doing, they are engaged, then they can truly build a great organization.

Grip’s product focuses on building wealth for their investors and users, Grip uses the same ideology internally with their employees as well. GRIP wants their employees to grow with the organisation, not just career wise but also become wealthy and that’s how GRIP has designed their ESOP program. They have a generous-employee-friendly ESOP allocation set aside for the employees with very long exercise period at a very small exercise price.

On a side note, once the employees cash out, where will they park their money? Perhaps they’ll come back to GRIP? 

Nimisha speaks about GRIPs inclusive, fair and transparent ESOP policy. Unlike some organisations who would allocate ESOPs to only a certain level of employees, probably the senior leadership or the middle management, GRIP as a policy gives out ESOPs to all of their employees, irrespective of level grade or job type function which is a fixed percentage of their CTC.

Nimisha also talks about the relevance of giving its employees visibility to their ESOP’s potential wealth creating possibility. GRIP uses QAPITA’s platform to make Employees see the wealth accrual happening and how the value of their ESOP changes when the company raises more funds and grows. The employees are partners in GRIPs growth, in the true sense.

When asked about the buyback program that was executed in record time, Vivek explains that the general perception about ESOP is that it’s a tool which helps build long term wealth. However this wealth remains just on paper. They don’t see the real money.

For GRIP, it is important to give employees the opportunity to make them long term wealth but its even more important to give them the visibility that its not just on paper, but something real that they can realize regularly from such programs.

Vivek rhetorically asks, when the company are growing at such a fast pace and is raising capital for themselves, why not the employees? Why don’t the companies think about making frequent ESOP liquidity programs for them? Vivek says, ESOPs shouldn’t be a time bound thing that the employees can reap the benefits of only when the company goes for an IPO.

Vivek gives example of Udaan’s recent announcement on Zero cliff period for ESOPs and hopes that more and more companies take such steps to make ESOPs more employee friendly. It helps in the evolution of the whole eco-system; the employees feel more connect to the company because they will be able see growth of their monetary benefits in bank as the company grows.

Nimisha points out how buyback programs early on adds to giving employees a sense of freedom that in case they want to encash their ESOPs now or if they want to wait it out, both options are always there for them to avail.

Employees not exercising the ESOP liquidity opportunity and waiting it out, is lately seen to be a usual phenomenon in companies who have announced buyback programs, which shows how the ecosystem has matured over the years.

Use platforms and technology like QAPITA to drive ESOP management to give visibility to employees and build more transparency regarding their ESOPs. Vivek recalls with a smile, how absolutely no one missed the ESOP seminar conducted by QAPITA while there are always at least 1–2 employees missing generally in other company meetings. This shows that people are interested in programs like ESOPs and even more interested when you give them more visibility towards it.

Vivek admits that It’s difficult to make a people first organisation, to choose your team members before your profit and your product because there is pressure from investors and various others. But in the long run, it is definitely worth it. People define the journey of the company and they decide the goal the company will achieve in future.

Further Nimisha reiterates that, ESOPs are a great tool to create a sense of belonging in people who work for you. And as organizations, we should absolutely utilize them to the maximum. And when working around ESOPs and allocating them, companies should make sure that it’s an absolutely transparent process. Nimisha further adds that, transparency in something like this is of immense importance as it goes on to reflect the organization’s intentions and authenticity. And using technology to carry this out is a great idea for this as it takes out that human intervention and brings transparency for everybody.

The only living dynamic thing in an organization are people. Nimisha presses further on this fact that; People will be the competitive edge that will take an organization to the next level. Whatever people policies or whatever ideologies around people function a company has; they need to make sure that everything is implemented with the right intention and the impact is felt in the last user. There shouldn’t just be any section of people enjoying certain benefits and another section in the organization (or the lower grade employees) not feeling the impact. Everybody is going to help you in your growth journey.

Vivek clarifies that Grip does not look at this early buyback program as a one-off event. Grip is committed to making ESOP liquidity programs as frequent as possible.

That was a fascinating chat and I am so happy to see that GRIP has come up with such friendly practices in-line to their ‘people first’ philosophy. Here’s wishing them best and a gripping success!

And yes, if you wish to craft Fables of ESOP at your organization, do give us a shout. We at Qapita can help you. :) 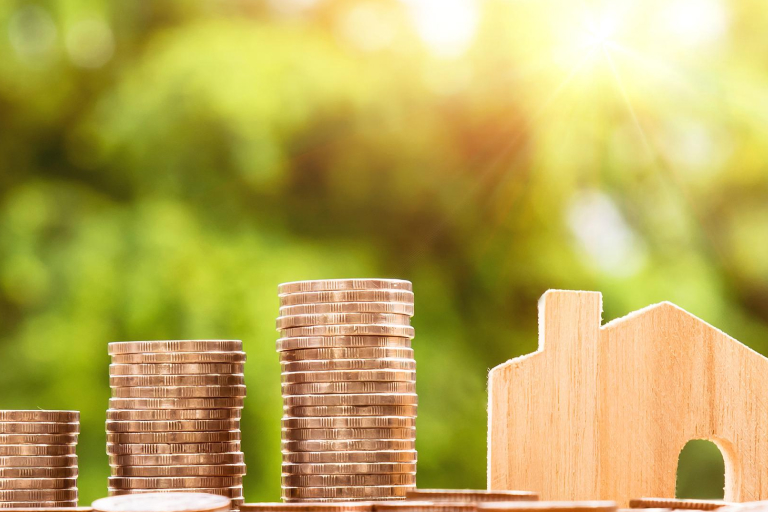 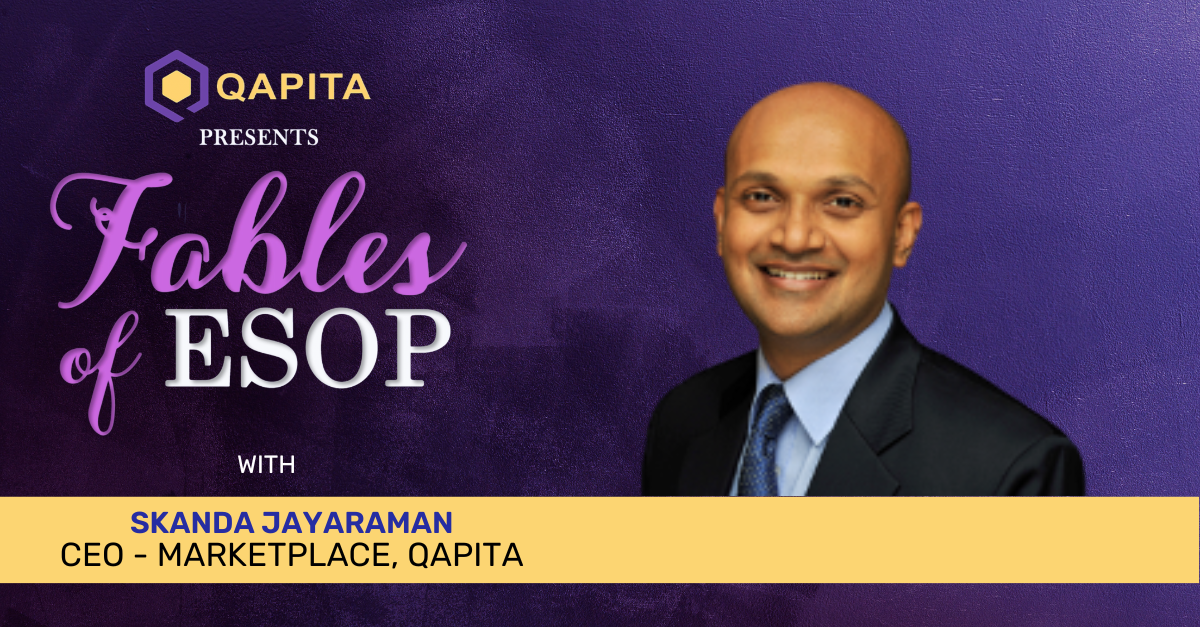